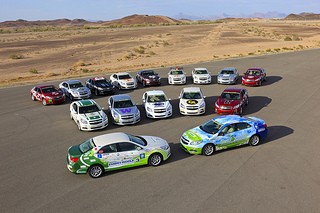 There are many different types of alternative fuels that are being developed these days which is an exciting innovation in the vehicle industry. Alternative fuels are the wave of the future as scientists look for cleaner burning fuels that will not damage the environment while providing great advantages to the vehicle owner. They have come up with several.

Probably the most well known type of alternative fuel is ethanol. Ethanol is often called grain alcohol as it is made from corn and or soybeans. Right now on the market is E85 which is 85 percent ethanol and 15 percent gasoline. Even though it still has gasoline in it, ethanol burns much cleaner than regular gas and saves on gas mileage for those who use it. Ethanol can also be made from organic materials including agricultural crops and waste, plant material left from logging, and trash including paper.

Another type of alternative fuel is methanol, a cousin of ethanol as they are both alcohol based products. Methanol is sometimes called wood alcohol and can be made from various biomass resources like wood, as well as from coal. However, today nearly all methanol is made from natural gas, or methane, because it is cheaper.

Propane, or compressed natural gas has long been used to provide energy to homes, but it is rising in popularity as a type of alternative fuel for vehicles. Like oil, this common fuel comes from underground. However, natural gas, as the name implies, is a gas much like air, rather than a liquid like petroleum. It has been found to be one of the most environmentally friendly fuels, and its popularity is growing.

You can find another type of alternative fuel in the form of good old fashioned electricity. In fact, electric vehicles have been around for a long time, and they are coming back in popularity due to environmental concerns. Electric vehicles do not burn gasoline in an engine. They use electricity stored on the car in batteries. Sometimes, 12 or 24 batteries, or more, are needed to power the car.

One of the most interesting and promising type of alternative transportation fuels is hydrogen. While mostly only experimental vehicles are operating on this fuel now, the potential for this unique energy source is excellent. Hydrogen is the lightest of all elements and is easy to produce which is why it is sending excitement waves throughout the alternative fuel industry as they next big type of alternative fuel that can be used in vehicles.